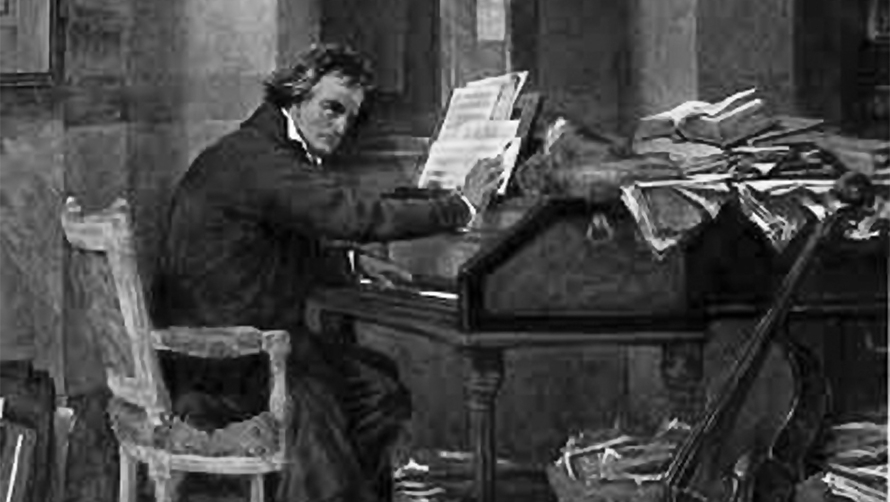 Five Piano Concertos, written over a period of 15 years. And yet, Ludwig van Beethoven’s Piano Concertos are without doubt the most influential and iconic works in the genre. Each of the concertos speaks with its own voice and each has a distinct personality.

The Melbourne Symphony Orchestra’s first Beethoven Festival in 2011 was dedicated to the nine Symphonies. This year, MSO’s Beethoven Festival will put the five Piano Concertos in the spotlight, played by British pianist Paul Lewis. Celebrating daring originality and inquisitive creative minds, the Festival offers newcomers and regular concertgoers alike the opportunity to encounter these great works as performed by one of the best pianists of his generation.

Paul Lewis, a former pupil of Alfred Brendel, has dedicated most of his career so far to the music of Beethoven and Schubert, given impressive performances of Beethoven’s 32 Piano Sonatas as well as the Piano Concerto cycle at the BBC Proms.

With the exception of No.5, Beethoven wrote the Concertos for himself to play. Contemporary accounts tell about his virtuosic keyboard skills that went beyond what anybody thought possible on the pianos of his time. His improvisation skills were legendary. At the first performance of the Third Piano Concerto, Beethoven apparently improvised most of the solo part on the spot, since he didn’t have the time to write his part out and his sheet music only contained some undecipherable hieroglyphs!

Beethoven’s five Piano Concertos document the evolution of the piano from a simple five and a half octave specimen with knee levers instead of pedals, to much more powerful instruments with real pedals that enabled Beethoven to experiment with new colors, textures and techniques.

The Concertos also document the change from the ‘classical’ style, influenced by Joseph Haydn to what later generations would call the ‘romantic’ esthetic.

Even if you have heard the Piano Concertos many times, each performance will reveal new layers and new meaning of these timeless masterpieces. It will be a journey of discovery for audience and musicians alike, as our soloist Paul Lewis puts it: ‘There’s no arrival with these pieces. You never think you’ve created the definitive performance. It’s only ever a sort of work in progress. There are some places, like the opening of the 4th [where the piano has a short solo before the orchestra play a note] where you open the score and think: “Oh, s**t!”’

To complement the concertos, the Festival features the last three London symphonies by Joseph Haydn, being the epitome of classical style; the style Beethoven inherited and developed further. And to demonstrate the influence of Beethoven on the later generation of Viennese composers, you will also hear four works by members of the so-called ‘Second Viennese School’: Arnold Schoenberg, Alban Berg and Anton Webern. Although some of their works may seem to come from a different planet, closer examination will bring to light that their music in essence is just another step on the same path.

Join us on this fascinating journey through time and discover Beethoven’s masterworks!

Immerse yourself in the mind and the music of one of the greatest composers that ever lived during Beethoven Festival, 7 – 17 September.