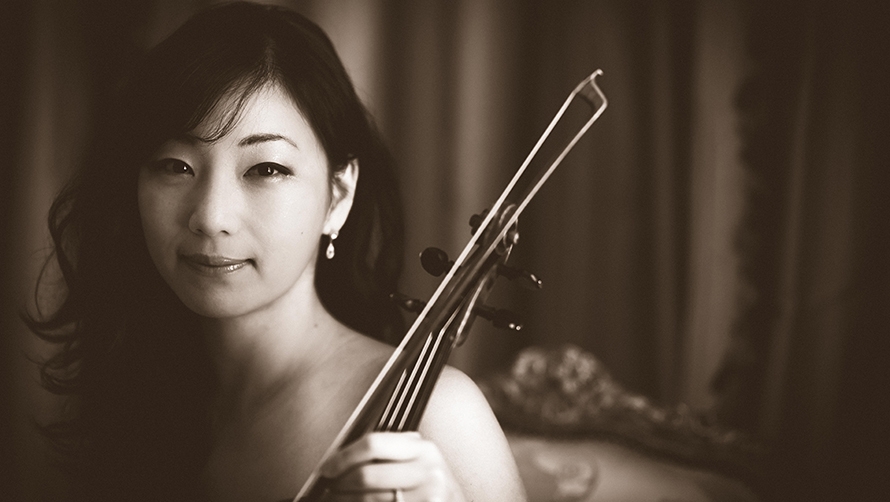 Since beginning her musical career at the age of 4, Ji Won Kim has performed across the globe under the direction of some of the world’s best conductors, but Melbourne is the place she calls home. We asked her what’s The Best…

The best thing you can’t live without?

My husband, Caleb Wright (MSO violist)! I shouldn’t call him a ‘thing’ but I can’t think of anything else! We were married only recently.

The best thing about your instrument?

The fact that it was made during Mozart’s time! He or Brahms or anyone could have come across my violin at a concert. It is crazy old and yet in excellent condition.

The best concert you have performed in?

It was with the MSO in 2013 when a soloist cancelled due to an injury and I was asked to step in with short notice, and Sir Andrew Davis was going to conduct! My absolute dream come true! It was also the most nerve wrecking concert, I remember feeling like fainting right before I stepped out on to the Hamer Hall stage. My lovely section showed so much support and encouragement which I could never forget.

The best venue you have performed in?

The best piece to perform?

The best dish you cook?

I can cook simple Korean dishes like Bulgogi and Bibimbap.

Christian Ferras’s Sibelius Violin Concerto. A French violinist in the 20th Century who puts all of his soul and mind in playing a piece. I wish I could sound like him.

The best thing about Melbourne?