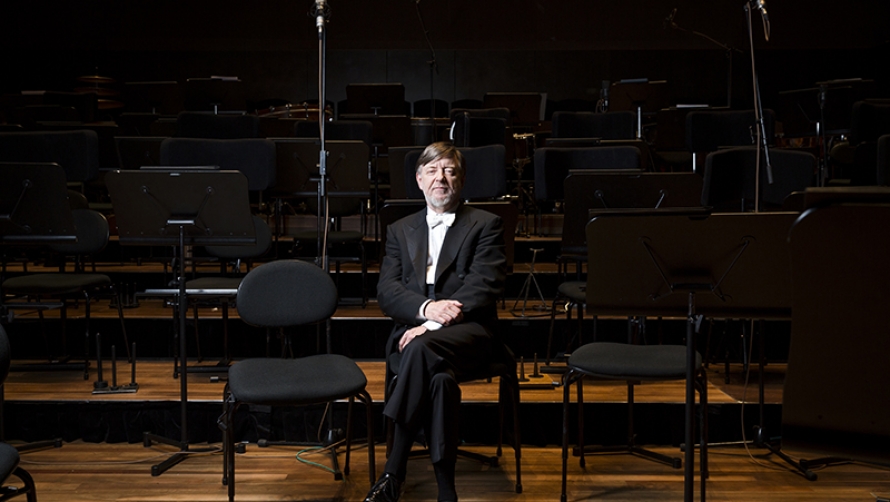 This August, Sir Andrew Davis will conduct Beethoven’s most visionary and spiritual work for the first time in his career. Here, he reflects on the Missa solemnis and the complexities behind it.

It took Beethoven four years to complete the Missa solemnis (it received its premiere in 1824) and he viewed it as the most important work of his life. Though based in form, and to a certain extent in manner, on the classical models of Haydn and Mozart, it is imbued with the new spirit of the Enlightenment and its values of freedom and questioning, which led inevitably to the conundrum of the position of God in this brave new world.

Was Beethoven religious? He certainly had an aversion to ritual and dogma and almost certainly felt his relationship to the divine to be highly personal. Though this view is typical of the Reformation, the movement had reached a point at the beginning of the nineteenth century that would have horrified Luther. There is no question in my mind that a spiritual immensity and splendour are amongst the overwhelming impressions left by a powerful performance of this work, but equally important and, one might say, fighting against this is the sense of Man’s place in the picture. Simple, unquestioning faith is no longer enough.

It is for these reasons, not to mention the great technical challenges that face both singers and instrumentalists, that I, along with a good many eminent conductors both past and present, have waited long to climb the mighty peaks of this great work.

The dual character I have spoken of is illustrated immediately by the contrast between the first two movements: the Kyrie harks back to the formal tone of Beethoven’s predecessors, albeit with a more disturbing feel to the central section, but the extraordinary outburst at the beginning of the Gloria and the sheer energy of its progress have a vividness that takes one’s breath away.

The Credo is notable for the way that the composer glosses over the more impersonal sections of the Mass text – the belief in the Catholic Church for instance – but dwells with great emotion on Christ’s suffering, death and resurrection.

Beethoven wrote at the head of the final Agnus Dei ‘A prayer for inner and outer peace’ and the way that the pastoral tone of the Dona Nobis Pacem setting is interrupted by a crazy fugue from the orchestra and the violent military sounds of trumpets and drums demonstrates, I believe, that this great musical and humanistic visionary was not convinced that his prayer would be answered.

So the piece ends with a question. But what a journey we have had in looking for answers!

I know that all the performers in these concerts are deeply committed to the finest realisation of this masterpiece. I hope to conduct it many times in the future!

Sir Andrew Davis will be joined by four international soloists, along with the MSO and MSO Chorus, for a performance of the Missa solemnis on 26 and 27 August at Hamer Hall.