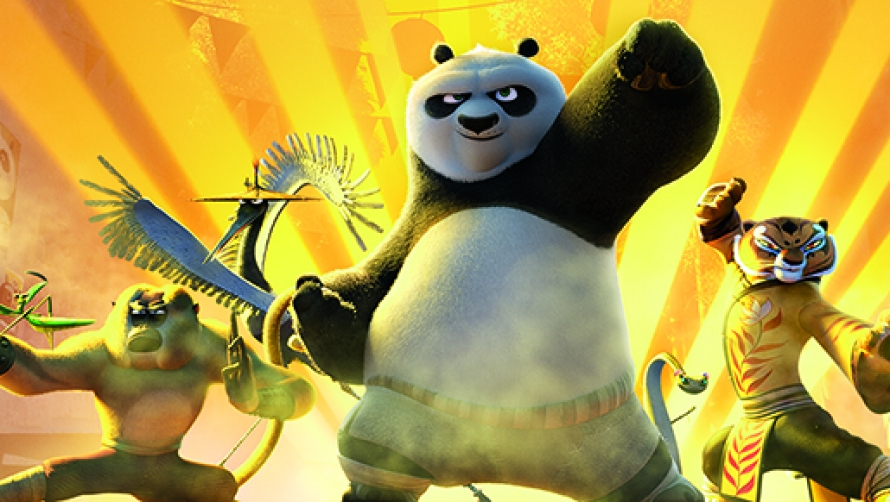 From animals exploring ‘the wild’ to fairy tale creatures with attitudes, and young Vikings learning to fly, this special family event will celebrate more than 20 years of inspired animation and music scores by Hans Zimmer, Harry Gregson-Williams, John Powell, Alexandre Desplat, Alan Silvestri, Danny Elfman and many others.

Relive the moments from Shrek, Madagascar, Kung Fu Panda, How to Train Your Dragon and more as they are projected in HD onto the big screen as the music is played live by the Melbourne Symphony Orchestra.

DreamWorks Animation in Concert features memorable scenes from Madagascar, Kung Fu Panda, Shrek, How To Train Your Dragon, Puss In Boots, Bee Movie, The Croods, Rise of the Guardians, Over the Hedge and Monsters vs Aliens.

DreamWorks Animation Live Entertainment Head Eric Stevens said, ‘We are excited to bring the stunning music of our composers to life on stage to be showcased in this great and fun event for music and movie fans of all ages.’

Justin Freer, President of CineConcerts and Producer/Conductor of DreamWorks Animation in Concert adds, ‘DreamWorks has brought such delight to families around the globe with their vibrant characters and adventurous stories. What carries us through these charismatic experiences is the inspired and fitting music. To be able to showcase the music in a movie-like environment is an entertainment memory we hope lasts forever.’

About DreamWorks Animation
DreamWorks Animation (Nasdaq: DWA) is a global family entertainment company with business interests that span feature film and television production; licensing and consumer products; location-based entertainment; and new media properties, including the Company’s controlling interest in AwesomenessTV. The Company’s feature film heritage includes many of the world’s most beloved characters and franchises, including Shrek, Madagascar, Kung Fu Panda and How to Train Your Dragon, while its 32 feature film releases have amassed more than $13 billion in global box office receipts. DWA’s television business has quickly become one of the world’s leading suppliers of high-quality family programming, reaching consumers on linear and on-demand platforms in more than 130 countries and winning a total of 30 Emmy™ Awards to date. The Company’s deep portfolio of intellectual property is supported by a robust, worldwide consumer products practice, which includes licensing and location-based entertainment venues around the world. The Company is also the majority owner of AwesomenessTV, a leading video destination for Generation Z and Millennial audiences, and also owns 45% of Oriental DreamWorks, a world-class animation studio in China that produces family entertainment for both Chinese and global audiences.

About CineConcerts
CineConcerts is one of the leading producers of live music experiences performed with visual media. Founded by Producer/Conductor Justin Freer and Producer/Writer Brady Beaubien, CineConcerts has engaged millions of people worldwide in concert presentations that redefine the evolution of live experience. Recent and current live concert experiences include The Harry Potter Film Concert Series, Gladiator, The Godfather, It’s a Wonderful Life, DreamWorks Animation In Concert, Star Trek: The Ultimate Voyage 50th Anniversary Concert Tour, and Breakfast at Tiffany’s. Justin Freer has quickly become one of the most sought-after conductors of film music with a long list of full symphonic live to projection projects. He has appeared with some of the world’s leading orchestras including the Chicago Symphony Orchestra, London Philharmonic Orchestra, New York Philharmonic, Philadelphia Orchestra, Philharmonia Orchestra, San Francisco Symphony and Sydney Symphony Orchestra. From full-length movie screenings with live orchestra to music-interactive sporting event experiences to original 3D-environment holiday programming, CineConcerts is at the forefront of live entertainment.