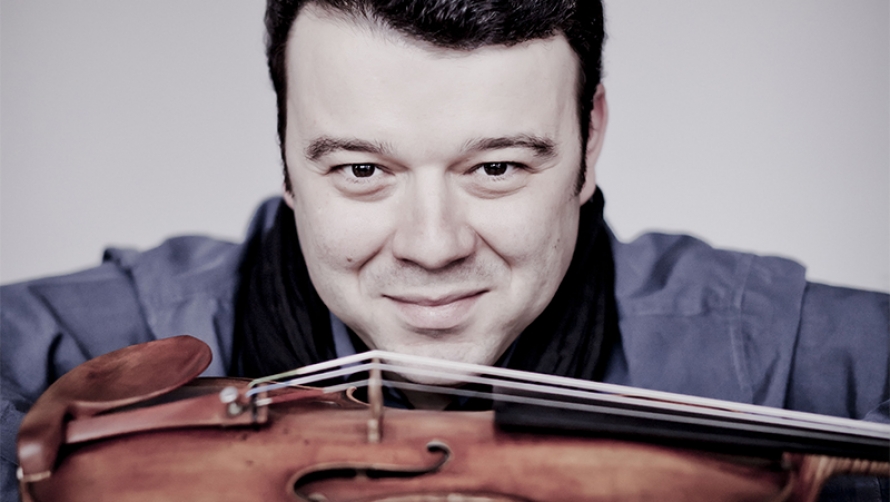 The phenomenal Ukranian-Israeli violinist Vadim Gluzman joins the MSO to perform Brahms’ mighty violin concerto. Read on to discover more about this extraordinary artist who makes his MSO debut this month.

Born in the Ukraine and raised in Riga, Latvia during the Soviet era, Gluzman was discovered by Isaac Stern in Jerusalem as a boy. Stern, the American violinist and conductor, came across Gluzman by chance, hearing him perform at the Jerusalem Music Centre.

‘I think I had only arrived in Jerusalem about two weeks prior, and I learned that Isaac Stern was listening to young kids in the music centre. Everyone else had an audition time arranged probably two years in advance, but I just barged in, announced myself and said I wanted to play for Stern. Eventually, he came into the room and the receptionist explained to him there is a boy who came from Latvia, and he was kind enough to give me some time.’

After recognising Gluzman’s talent, Stern immediately arranged a new instrument for the young violinist, along with a scholarship. Stern continued to mentor Gluzman until his death in 2001.

On first learning the violin Vadim says: ‘I think the real reason I began was a case of childhood jealousy. My father is a conductor and my mother a musicologist, they both teach – and I wanted them to pay the same attention to me that they were paying to their students! So I demanded that they teach me. Very wisely, they sent me instead to a specialist music school.’ Once there, the jurors looked at Gluzman’s hands and decided he would be perfectly suited to the violin. The rest is history.

For the past 17 years, Gluzman has performed on the fabled ‘ex-Leopold Auer’ Stradivarius, an early instrument by Antonio Stradivari that dates back to 1690. Auer was a Hungarian violinist who was particularly famed for his expressivity and finesse. Auer made a lasting impression on the conductors of the day and many of them (including Tchaikovsky and Glazunov) wrote their violin solos especially for his talents. Tchaikovsky even dedicated his Violin Concerto to Auer.

Vadim believes that this violin is particularly special because of this huge history. ‘We do, of course, imprint our personalities into the violin. Whoever played this fiddle before me, since Auer – [Leonidas] Kavakos, and Dylana Jensen as well – all these people leave part of their soul behind.’

See Gluzman perform as soloist in Brahms’ Violin Concerto on 24 June at Costa Hall, Geelong, and 25 and 27 June at Hamer Hall.