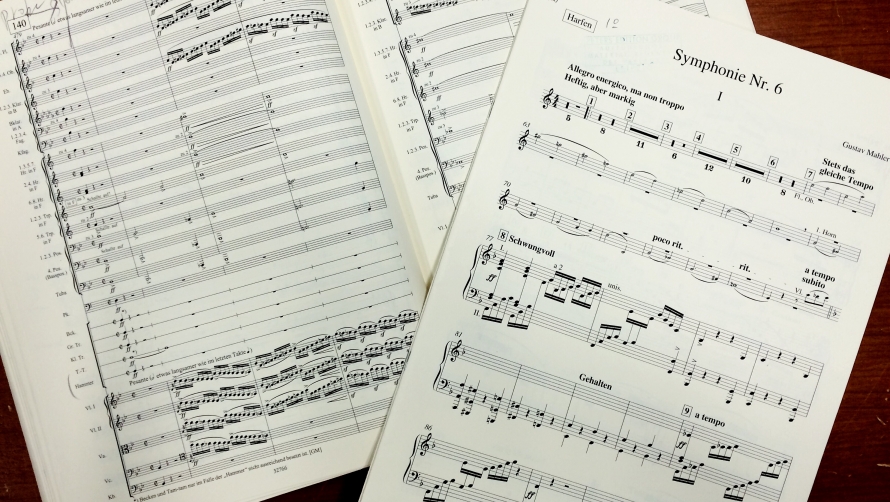 Did Mahler predict his own fate when he composed his Sixth Symphony?

Later this month, Sir Andrew Davis and the MSO continue the Mahler cycle and reach the Tragic – Symphony No.6. Find out why it is believed that Mahler predicted his own fate when he added three hammer blows to the final movement.

It has not been confirmed whether Mahler subtitled his Sixth Symphony the Tragic, but the unofficial name eloquently reflects the music it describes. Traversing the full range of emotions, this sonically imaginative piece veers from the genteel to the fatalistic over four movements. Completely different in tone to the symphony that precedes it, the Sixth is expressively dark and incredibly moving. For some however, it is too dark, with a friend of Mahler’s refusing to conduct the Sixth Symphony, stating the work ‘ends in hopelessness and the dark night of the soul’.

‘Mahler’s Sixth Symphony is his darkest and indeed ends with three blows of fate that takes us to our knees.’

This mammoth 80-minute work is indeed fateful, but for all its epic scale, the work would have to be Mahler’s most conventional and is the first four-movement and solely instrumental symphony since his First. There has been much debate about the order of the movements and how the work should be performed. Originally, Mahler placed the Scherzo (slow movement) second, followed by the Andante. This is how the work was first published, however when it was first performed in 1906 in Essen, conducted by Mahler himself, the two movements were swapped so that the Andante was followed by the Scherzo. MSO’s upcoming performance of Mahler’s Sixth will be performed Andante/Scherzo.

The first movement, Allegro energico, ma non troppo. Heftig, aber markig is marked by a march that is neither triumphant like that in the Third Symphony, nor doom-laden like that in the Fifth Symphony. It takes the listener from the Romantic love-themes that Alma, Mahler’s wife, believed depicted the love he felt for her, through to the alpine scenery heard towards the end of the movement that Mahler said represents the ‘last earthly sounds heard from the valley below by the departing spirit on the mountain top’, complete with cowbells.

The Andante presents the only respite from the intensity of the A minor theme that is heard throughout the symphony. With its vast contrast, this movement is calm and delicate, almost tranquil, in its delivery.

Then comes the Scherzo, which Alma insisted represented the ‘tottering’ of their children, although this account doesn’t quite reflect the chronology of the works composition, as Mahler’s eldest daughter was not yet walking and his youngest daughter wasn’t born when he composed the movement. Regardless of the inspiration drawn during its creation, the A minor theme transforms into a stamping dance in the slow movement, which is interrupted by the intrusion of tragedy.

In the final movement, doom is not far away, with the score calling for three hammer-blows of fate specifying the exact sound: ‘Short blow, powerful, but dull in resonance, with a non-metallic character (like an axe-stroke).’ Mahler’s instructions were later interpreted by a contemporary percussionist: ‘It has to be jump-out-of-your-seat loud.’

Although Mahler originally called for three hammer blows, this was later refined to two hammer blows in an attempt to avoid these three metaphorical blow of ‘fate’ in his own life. The revision was unsuccessful, with Mahler receiving three counts of bad news in the following years: the death of his eldest daughter, his forced resignation from the Vienna State Opera and the diagnosis of a fatal heart condition. However, just like the order of the movements, many conductors have interpreted the work in their own way, and when Sir Andrew and the Orchestra perform the symphony later this month, it will feature the three originally composed hammer blows. Make sure you listen out for them and be careful not to jump out of your seat!

Things to listen out for: