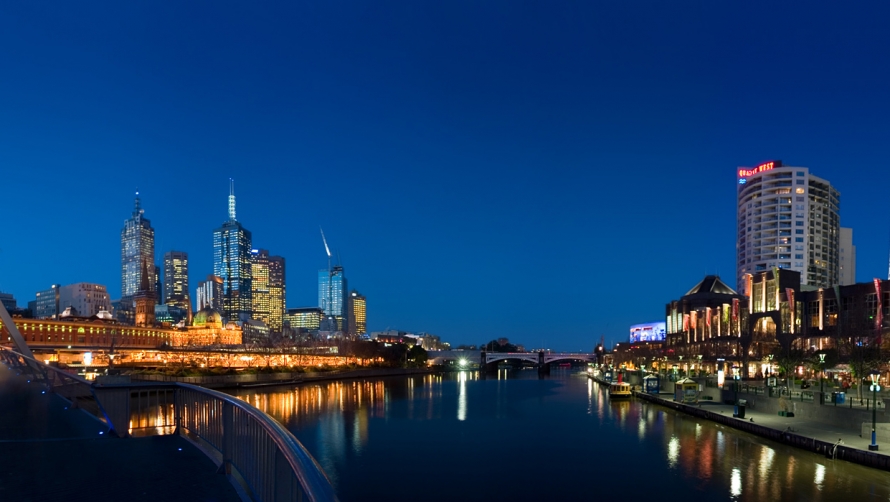 Immerse yourself in the music of the city, as Metropolis New Music Festival returns to Melbourne.

The landscape of urban life – from its structures to its people to its hustle and bustle – has captured the imagination of composers for centuries. This week, the Melbourne Symphony Orchestra presents three concerts as part of the Metropolis New Music Festival, presented in conjunction with the Melbourne Recital Centre, which examines all facets of city life through time, place and history.

Dynamic American conductor and pianist Robert Spano, music director of Atlanta Symphony Orchestra, has programmed three concerts with the MSO that cross continents and centuries. A Grammy award-winning music director, Spano has a commitment to contemporary American music, which is reflected in these programs.

The opening concert in the MSO’s series is City Life on 14 May, which opens with Unsuk Chin’s _Graffiti.

‘Most of us associate ‘graffiti’ with the rather desolate wall scrawlings all over our urban landscapes. However, graffiti is an age-old form of artistic expression, which can be very creative.’

Melburnians will be familiar with the way in which street art can comment on current events or thwart expectations created by mass media and advertising.

The concert also features Alex Turley’s city of ghosts, commissioned through the MSO’s own Cybec 21st Century Australian Composers Program, which evokes an impression of a deserted city, clouded by fog and rain.

On Wednesday 18 May, Spano and the MSO are joined by The Song Company for Cityscapes, a musical journey through city streets across the ages. This concert intersperses music from the Renaissance and Tudor periods with 20th century and contemporary music to create something quite unique.

French composer Janequin and English composer Orlando Gibbons tried to recreate the sounds of their cities in their works Les Cris de Paris and The Cryes of London. Both use ‘cries’ of street hawkers, stall-holders and other peddlars likely to be found on the streets of these cosmopolitan cities. Luciano Berio revisited these ‘cries’ in his work Cries of London, written between 1974-76 for eight voices, which also appears in this program.

The three additional works in Cityscapes, are by American composers: the great Aaron Copland’s _Music for a Great City and Atlanta Symphony bassist and composer Michael Kurth’s Everything Lasts Forever, and Jennifer Higdon’s City Scape.

‘City Scape is a metropolitan sound picture written in orchestral tones. Every city has a distinctive downtown skyline: that steely profile that juts into the sky, with shapes and monumental buildings that represent a particular signature for each city.’

The final MSO concert, taking place on Saturday 21 May, is devoted to cities of the imagination. Heavenly Cities features _The Way to Castle Yonder, Oliver Knussen’s depiction of the theatrical heaven imagined by Maurice Sendak in his book Higglety Pigglety Pop!. Alongside this is Olivier Messiaen’s own imaginings of the celestial city – Coulers de la cité celeste.

From cities of the imagination to cities of the future: Michael Bakrnčev’s Sky Jammer addresses the rapid growth of Melbourne’s skyline and the as yet unknown consequences of this growth, whilst the world premiere of Barry Conyngham’s Diasporas addresses the hopes and fears of the people who move from cities and towns across the world in search of safe harbour.

‘In almost every city may be found the striking results of people shifting and spreading across the globe. Diasporas are a fascinating phenomenon, teeming with millions of individual stories: of separation, departure and loss; of travel, struggle, risk and rejection; of reconnection, safety and new beginnings. This work is an imagined musical journey through some of these experiences, a personal reflection on the process, the emotions and the dynamics of diasporas.’

All three MSO concerts will be broadcast live on ABC Classic FM. If you can’t be with us in person, be sure to tune in!