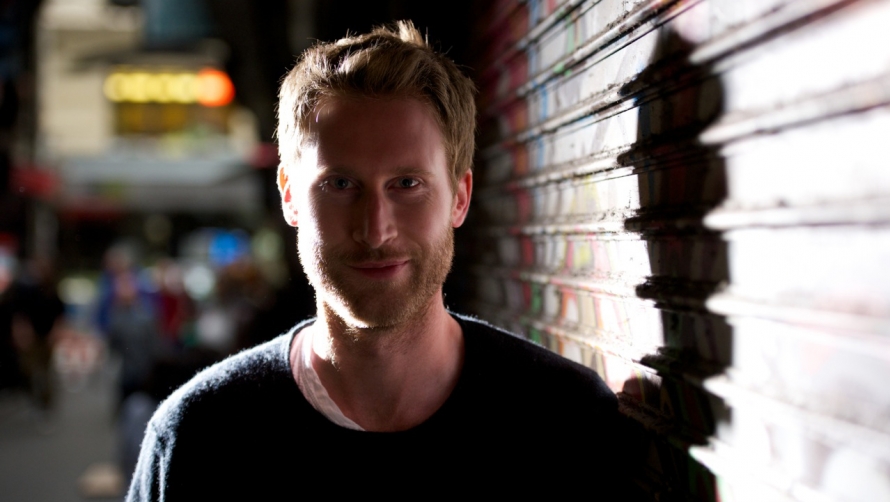 MSO Concertmaster Eoin Andersen considers Melbourne to be one of his favourite cities, and although he has no trouble adapting to all of the travel that comes with being a musician, for him, there is no place like home.

We spoke to Eoin, a native of Wisconsin, USA, ahead of his upcoming performances with the Orchestra, that will see him act as director and soloist in a program featuring Mendelssohn’s Violin Concerto.

How did you come to play the violin?

It wasn’t a choice. My grandfather taught himself to play, and ordered a violin from the Sears catalogue in the 1950s. So when I was born my mom thought, well, let’s give him proper lessons. After 8 years of lessons I grew into a full size violin and played on my grandfather’s ‘Searsarious’ until I was 26. It’s worth 800 dollars. For a while my case cost more. Kind of a miracle violin!

Did you like playing the violin right from the start?

No, I hated it. I hated practicing. I hated the discipline involved. Violin is not a fun instrument to start out with. Piano, yes… you hit a note and you get a sound. I was naturally very undisciplined and I wanted to go out and play and cook. But I had the magic first teacher who let me have fun and I had a great mother who instilled some discipline. I don’t think I played a scale or an etude until I was 12, but I made up for it when I was a teenager of course. By then, I was self- motivated. But I think it’s a mistake when young children are starting out and are forced into a technical regime. First: have fun and play songs.

So you lived in a musical household?

Yes, absolutely. I was the nerd at school who barely knew who Michael Jackson was! My dad cooked every Sunday. The soundtrack was the Beethoven concerto or Lili Kraus playing Mozart. To this day, I listen to Lili Kraus. What an extraordinary life she led and artist she was. My dad played the piano too. For his 50th birthday he bought himself a seven-foot Steinway B. It invaded the living room. I loved to nap under it while he played.

Did you always want to be a musician?

No, not at all. I mean, I reached a certain point where I was too good to quit. The only other profession I had any interest in was being a paediatrician. I was a rather healthy kid, so going to the doctor was super fun – you were the centre of attention and there were great magazines in the lobby. You even got a lolly on your way out, what’s not to like?! Then I took a biology course and that was the end of that. I’ll play a doctor on TV.

You travel a lot. How do you manage?

I’m able to adapt. I travel with my own pillow and I bring chunky peanut butter wherever I go. And not the organic stuff with the oil floating on top – yuck. You look for things that are constant, things that are there for you no matter if you’re in Beijing or Bogota.

What do you do in your free time?

I wish I could say I read great books. How I wish I were a reader. I’ve tried! Maybe someday it will happen. This is embarrassing but the last book I read was in 2008. I took time off and rented a place in Buenos Aires and learned the Beethoven concerto and every night tried out a new amazing restaurant. And Jane Eyre was my date. Since then, nothing. I mean, I read news, and non-fiction… but it’s a goal of mine – to be more educated. I think part of the reason is that so much of my life is dealing with high art… so when I have down time I gravitate towards my favourite TV series, like The Americans or Outlander or Veep. Julia Louis-Dreyfuss… I get such inspiration from her. What a performer. Her timing, it’s very applicable to music. The tragedy of Martha on The Americans, I think of her when I play the second theme of the Mendelssohn Violin Concerto. The sense of loss, of saying goodbye.

I have to say Radio Mexico in St Kilda. I love the food and I’ve had some lovely nights there.

How do you take your coffee?

Flat white all the way.

What is your favourite city in the world?

I have to say Berlin at the moment. My top five are Berlin, Melbourne, Chicago, Buenos Aires, and… I will leave the fifth open because I always change my mind!

What will you do when you have a vacation?

I finally have time off in August. I am going to visit my family and my nephews, and I’ll go to my family’s summer house in Northern Wisconsin where I fish, swim, pick blueberries and spend time with my mom. I love to cook the fish I catch and make blueberry muffins. I’m really quite simple and uncomplicated. Sure, there is stress with the job. But at the end of the day, I go home just like everyone else does. And home means a lot to me.

Eoin Andersen will direct the Orchestra in Mendelssohn’s Violin Concerto at Melbourne Recital Centre on 9, 10 and 11 June.