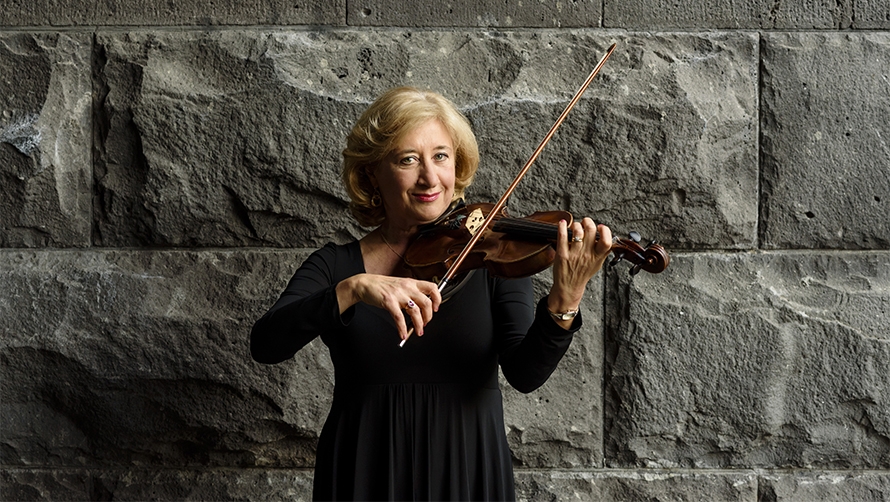 When Eleanor Mancini immigrated to Melbourne from the Ukraine in 1979, the First Violinist with the MSO discovered more than just a great coffee in a city arcade.

In 1979, Eleanor Mancini arrived in Australia, carrying just one suitcase and her violin case.

Born in Odessa, a multicultural city in the Ukraine located near the Black Sea, Eleanor had studied for 12 years at the famous Stolyarsky School, which had produced many great musicians, including renowned violinists David Oistrakh and Valeriy Klimov. Following this intense training, Eleanor went on to study at Moscow Academy of Music.

Within two weeks of arriving in Melbourne, Eleanor auditioned for the MSO and was offered a position in the violin section.

Not long after she started with the Orchestra, Eleanor was having coffee with her daughter in an arcade next to an antique shop, from where she noticed an old violin lying in an open case in the window. As a musician, curiosity got the better of her. She went in to the store to take a closer look at the instrument.

There it was: old and dirty with missing strings and a few minor cracks, but what Eleanor saw was a beautifully shaped instrument, just waiting to be rescued.

‘I took the violin out of the case, put it on my left shoulder and plucked two strings. It was at this very moment that I knew this was my dream violin, even before I had read the description inside.’

Richard John Buck, an English violin maker born in 1871, spent 10 years at the workshop of luthier George Pyne before moving to Australia in 1906. Once he settled in Melbourne, Buck began working as a plumber, but resumed violin making in 1920, setting up a workshop on Drummond Street in Carlton and creating a dozen or so instruments over the next five years.

While there isn’t a lot of information readily available on Buck, the connection between the violin and the violinist was enough to make a lasting impression on Eleanor.

To this day, Eleanor performs on this violin at almost every MSO concert, with the exception of outdoor and rock concerts, where she will dust off her second violin that made the journey with her from Russia.

The Buck violin is her most trusted instrument and has become part of the MSO family, so much so, that when a concertmaster once broke a string on stage, Eleanor’s violin was passed to the first chair to lead the Orchestra. 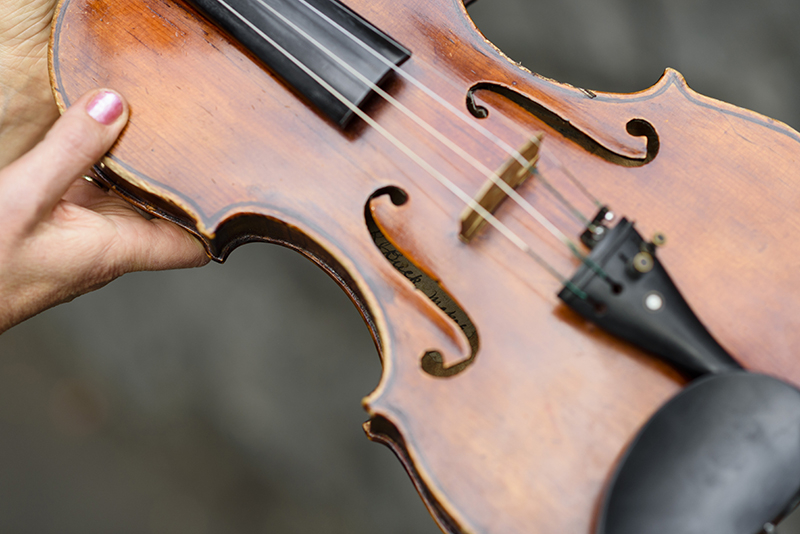 Beyond the musicians and the sound they create are the stories of many instruments, some which have travelled very far to make it onto Melbourne’s stage. Or in Eleanor’s case, some instruments are just waiting to be discovered in a dusty store window.

Do you know more about Richard John Buck, Melbourne luthier? Send us an email at mso@mso.com.au

Eleanor Mancini is a member of the first violin section of the Melbourne Symphony Orchestra.