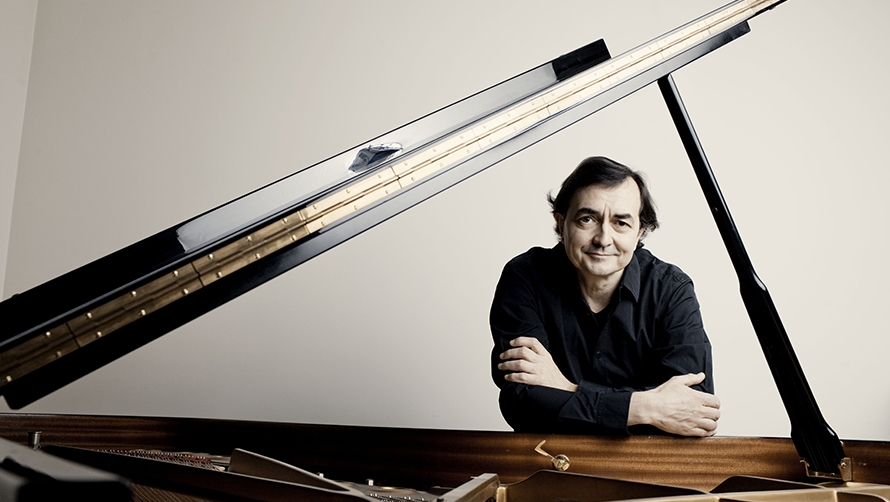 Pierre-Laurent Aimard will join the MSO this month to perform Ravel’s Piano Concerto for the Left Hand as part of Sir Andrew Davis conducts Mahler 5.

One of Ravel’s darkest pieces, the Concerto for the Left Hand, was composed for the Austrian pianist Paul Wittgenstein, who lost his right arm during the First World War. It is often thought that the work remains a monument to the tragedy of the Great War.

The Concerto is known as one of the most technically difficult works in the repertoire, so much so, that when Wittgenstein first received the piece, he begged the composer to simplify it. Wittgenstein also had trouble taking to the jazz-influenced harmonies and rhythms, but he eventually grew to like the piece.

After losing his arm, Wittgenstein commissioned a number of works for the left hand, from composers like Prokofiev and Britten, as he desperately wanted to continue his career as a concert pianist! But compositions for the left hand were not rare, as a number of pianists had previously lost the use of one of their hands, either through disability or loss. Strangely enough, it was mostly the right hand that was the first to go.

Maurice Ravel by his piano

In preparing the Concerto, Ravel drew inspiration from Saint-Saëns and Scriabin, and claimed the difficulty was ‘to avoid the impressions of insufficient weight in the sound-texture’. This piano concerto, along with the G major piano concerto, were among the very last works the composer wrote before his death, and are viewed as his final message to the world.

This month, internationally celebrated pianist Pierre-Laurent Aimard will join the Orchestra to perform Ravel’s virtuosic work. Aimard has performed Ravel’s work numerous times and has released a celebrated recording. He has said that Ravel represents for him the ‘Everest’ of modern music.

‘The challenge with this piece is to lie all the time! One hears an instrument played by one hand, but as if it would be played by two, if not three hands! You have to give the impression that you are playing a huge cadenza with two hands, if not with an entire orchestra, when in fact you have just one, jumping from one register to another.’