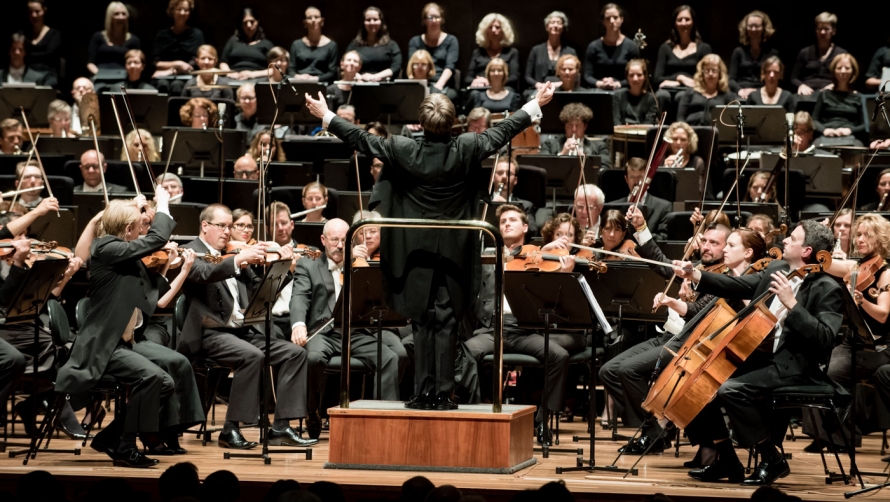 The MSO will perform two concerts; the first on Friday 8 April will involve the MSO on its own with a program that includes Ravel’s Le Tombeau de Couperin, Saint-Saëns’ Cello Concerto No.1 with Shanghai-born Australian cellist Li-Wei Qin and Beethoven’s Symphony No.7, conducted by Sir Andrew Davis.

MSO’s Chief Conductor Sir Andrew Davis said this is a wonderful opportunity to showcase Melbourne’s orchestra, placing the MSO in the international spotlight once again.

‘An international tour does wonderful things for an orchestra. I can’t wait to show the extraordinary sounds of the orchestra in Shanghai, and highlight Melbourne as the cultural capital of Australia. The invitation to perform in China, a country which has the biggest market for classical music, is an absolute triumph for Melbourne and Australia.

‘I have not performed in Shanghai for almost forty years so it is a great honour to return to this marvellous city and perform this magnificent repertoire for an entirely new audience,’ said Sir Andrew.

This exclusive week-long residency is the first event in a three year partnership between the two orchestras which will see co-commissioning and performances of works by Chinese and Australian composers, and collaborative musician and staff exchanges.

A touring party consisting of 63 musicians and staff will make the trip to China, leaving on Monday 4 April. The tour is supported by the Federal and State Governments and private donations.

The Melbourne Symphony Orchestra will be rehearsing the program in Melbourne on Tuesday 29 March. Daily footage and a selection of photographs will be available during the tour. Follow the MSO on tour at www.mso.com.au/shanghai