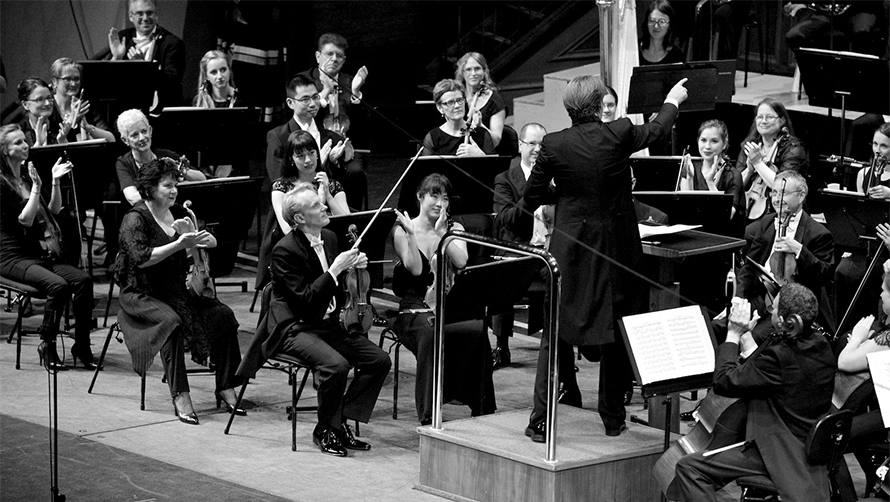 Fauré’s Requiem is a work firmly entrenched in the core choral repertoire. A setting of funeral rites, rather than the full Requiem mass of tradition, the first performance took place in 1888 when there were only five movements instead of the seven that are performed today.

Interestingly, Fauré, one of the leading French composers of his time whose musical style influenced many musicians in the 20th century, had no clear religious beliefs. His son even went as far as to describe him as a ‘sceptic’, which, considering the time at which he wrote the work, was still fairly unusual. Whatever his religious beliefs, the composer created a work that focuses not on the morbid but on the restful and fear-free nature of death.

‘Everything I managed to entertain by way of religious illusion I put into my Requiem, which moreover is dominated from beginning to end by a very human feeling of faith in eternal rest.’

The piece begins with the Introit et Kyrie movement. Similarly to Mozart’s Requiem it opens in the key of D minor. The tenors begin a long chant-like melody which ends up reprised and sung by full chorus in the conclusion of the Kyrie.

Following the Kyrie, the composer chose not to insert a Dies Irae – the terrifying description of the Last Judgement – going straight to the Offertorium instead. After the Sanctus, Fauré placed the tranquil Pie Jesu for solo soprano – ‘pie jesu’ being the final phrase used in the Dies Irae (translation: merciful Jesus).

The Agnus Dei opens with a gorgeous melody in the violins, first violas, and organ, in the pastoral key of F major. When the tenors enter, we discover that the opening music is in fact a countermelody to the tenors’ arching phrases.

The Libera me and In Paradisum are appended onto the Requiem Mass text. These were traditionally sung at the liturgy for burial, so by including both movements in the Requiem, Fauré connects the funeral service and the burial into one.

The work ends as the choir sing the word ‘requiem’, the same word which opened the piece.

The work was performed at Fauré’s funeral in 1924.

Fauré became the Director of the Paris Conservatoire in 1905, where he encouraged new music – Ravel was the most famous of his many distinguished pupils.

Libera me was originally written as an independent work