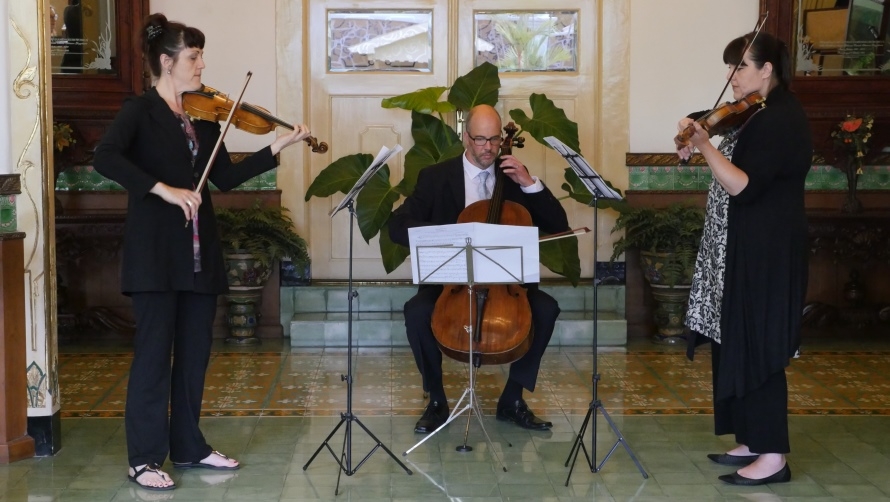 In November a trio of musicians travelled to Indonesia with Director of Operations, Gabby Waters, to discuss plans for cultural partnerships for the MSO in Indonesia. Sarah Curro, Monica Curro and Rohan de Korte also performed for the Sultan during their visit.

The MSO was heard across Gold FM during November performing snippets of classic rock and pop songs by artists such as Elton John and AC/DC.

In 2016 a number of musicians will be returning to the MSO after some time away – Ji Won Kim (first violin), Freya Franzen (second violin), Caleb Wright (viola) and Jack Schiller (Principal Bassoon).