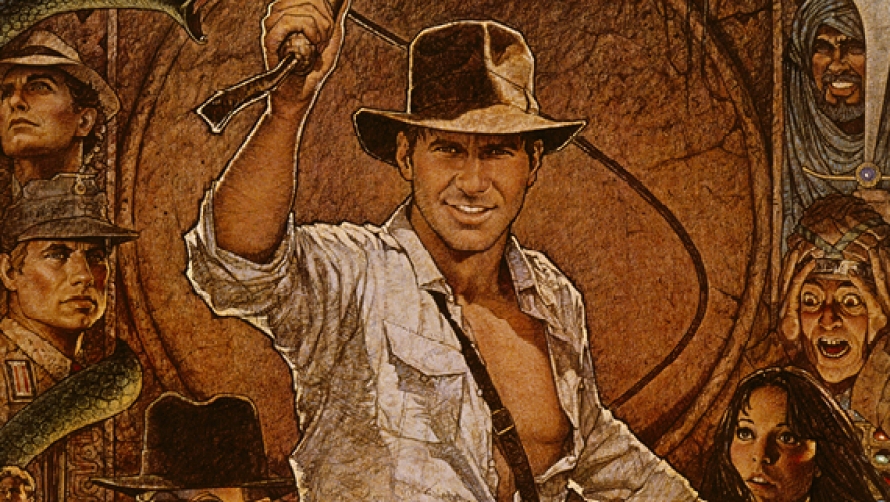 Composer John Williams’ collaboration with Steven Spielberg is one of the most successful and long-lasting in Hollywood history.

They first collaborated together in 1974 and continue to do so to the present day, with the forthcoming BFG film.

This November, the MSO will bring John Williams’ score for Indiana Jones and the Raiders of the Lost Ark to life, as the film plays on a big screen during a screen and symphony performance at Hamer Hall.

Ahead of the performances, we look back at 10 of Williams’ and Spielberg’s best collaborations and celebrate this fruitful partnership.

The suspense-filled main theme for Jaws is one of the most well-known in cinematic history, becoming synonymous with danger. Although Spielberg thought that Williams was playing a trick on him when the idea for the score was first delivered, it was this film that cemented the working relationship between the pair. Williams’ instincts were right, and the score, which was later ranked as the sixth greatest score by the American Film Institute, earned him an Academy Award.

When creating the score for E.T. the Extra-Terrestrial, Williams took a modernist approach to create a score that would generate symphathy for E.T. The score was the fourth in history to win an Academy Award, Golden Globe, Grammy, and BAFTA, and John Williams remains the only person to have ever won all four awards for the same score more than once.

The Indiana Jones franchise gave the world one of its greatest movie heroes! Williams’ score for each of the four films are filled with adventure, and perfectly capture Indy’s rogue nature.

In the early stages of production, Spielberg considered making Hook into a musical, and Williams wrote a number of songs with this in mind. Although the idea was later scrapped, most of Williams’ song ideas were incorporated into the film score.

According to IMDB, when Williams was shown a first cut of the film, he was so moved that he had to take a walk outside to collect himself. When he returned, Williams told Spielberg that he deserved a better composer for the film, to which Spielberg replied: ‘I know, but they’re all dead.’ Williams went on to win the Academy Award for Best Original Score – a much deserved win.

Jurassic Park was the twelfth project that Williams and Spielberg collaborated on. The score, which was written in the same year as the score for Schindler’s List, conveyed the awe and fascination needed to bring Spielberg’s prehistoric creatures to life.

When creating the epic war drama, Spielberg had a very strong creative direction in mind – he wanted all of the battle scenes within Saving Private Ryan to be played without music. This didn’t stop Williams from making his mark on the film though, receiving a Grammy Award for Best Instrumental Composition Written for a Motion Picture or for Television.

Williams’ involvement in Catch Me If You Can marked the twentieth collaboration between himself and Spielberg. Williams told the Hollywood Reporter that ‘Of all the films we’ve done together, this is probably the closest to a romantic adventure-comedy piece…The style of the film includes a very vivid and accurate re-creation of the sort of swinging 60s style. The score that I’ve written for it — I hope it’s amusing — features some so-called progressive jazz elements derived from the style that was popular in the 50s and early 60s.’

The Adventures of Tintin was the first animated film that Williams composed a score for. Renée Fleming, who performed with the MSO in 2015, provides the operatic singing voice of one of the film’s characters.

Williams received his fourty-third Oscar nomination for Best Original Score after composing the score for Lincoln, which was performed by the Chicago Symphony Orchestra.