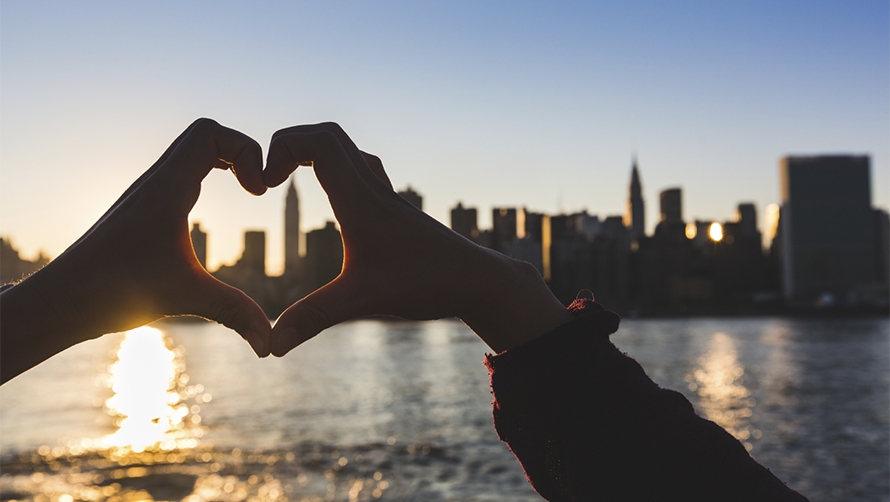 Looking for the perfect romantic playlist? Look no further… we’ve got you covered with our pick of top 10 romantic classical works.

Hear the full playlist using the Spotify player on the left!

Prokofiev’s score might not be the one you are most familiar with but the fiery passion in the music can’t be denied. And Shakespeare’s tragic story of two star-crossed lovers has to be the ultimate romantic tearjerker.

Listen to Pavarotti sing this and it’s hard to argue with this choice, particularly as Italian is always considered the language of love. Sung to a lost love, it aches with longing.

Rachmaninov: Variation 18 from Rhapsody on a Theme of Paganini

Chosen by The Guardian as one of their top 5 pieces of romantic classical music, this is ‘one of the 20th-century’s most heartfelt expressions of nostalgia and melancholy as well as tenderness’.

See Jean-Efflam Bavouzet perform Rhapsody on a Theme of Paganini with the MSO and Sir Andrew Davis in June.

Symphonie fantastique was inspired by Berlioz’s unrequited love for Irish actress Harriet Smithson. Whilst Smithson wasn’t present at the premiere of the work, she was there at a later performance, which led to the couple’s eventual marriage.

Passion abounds in this fiery concerto – considered by many (including the person it was written for) to be too difficult to play. You may recognise it as one of the key works in the film Shine, starring Geoffrey Rush.

Written as a love letter to his beloved wife Alma, during their courtship and marriage, the last movement of this piece is quite simply the ‘finale to all finales’. The Adagietto that precedes it may be better known, but the Finale is Mahler’s truest expression of his feelings towards the woman who would break his heart.

Sculthorpe didn’t think much of this light hearted work, but it evokes Paris in the 1960s, which can only mean romance!

The perfect backdrop to a romantic meal, this is a piece of stillness and utter beauty.

Less a single piece of music, more an entire work, Dichterliebe (A Poet’s Love) is the best known song cycle of Robert Schumann. The romance between Schumann and his wife Clara is one of the best known in classical music, with Clara acting as inspiration, critic and confidant to her husband, as well as being an excellent musician herself.

A stunning, meditative work. If this doesn’t soothe broken hearts and passionate arguments then nothing will!