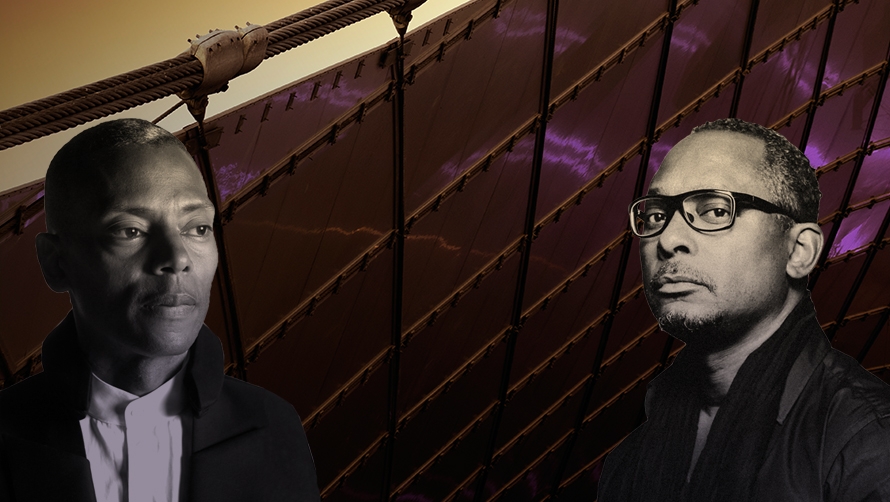 This month, music worlds collide when legendary Detroit techno producers and DJs Jeff Mills and Derrick May perform together for the first time with the Melbourne Symphony Orchestra at the Sidney Myer Music Bowl.

This international exclusive will be the only show where Australian fans can catch the techno legends on the same stage.

Detroit has created many musical legends, from Aaliyah to Smokey Robinson and Stevie Wonder. Jeff Mills and Derrick May are two of the pioneers of the techno scene, which originated in Detroit in the 80s and early 90s.

Derrick May, who formed part of the infamous Belleville Three – three high school friends who created electronic music tracks in their basement – was at the forefront of the Detroit techno scene. Similarly, Jeff Mills, who started out as radio DJ The Wizard on Detroit’s WJLB, is hailed as one of the founding fathers of techno music. Alongside fellow prominent DJs Robert Hood, Carl Craig, Juan Atkins and Kevin Saunderson the Detroit techno revolution exploded across the globe.

In the early days of Detroit techno music, artists used science fiction imagery in order to express the way they viewed society, but an exception to this trend was Strings of Life, created by Derrick May under his pseudonym Rhythim Is Rhythim. The pulsating dance single, which was filled with synthetic string arrangements, was a big success in the underground music scene and soon became May’s most popular track.

At the end of this month, May will perform Strings of Life, live with the MSO, during his set entitled ‘Music is Music’ – a homage to his early moniker Rhythim is Rhythim.

Jeff Mills is also no stranger to performing with symphony orchestras, and has shared the stage with a number of orchestras, including the MSO in 2014 during a sold-out performance at Hamer Hall.

Known for his stripped-back and conceptual approach to music, Mills turned to classical instrumentation to feature alongside his other sonic forces in an effort to push the boundaries of techno.

‘Techno music has a certain unique way of expressing things that’s very much consistent with classical music. And when you put the two together, it becomes obvious that there had always been much more to the genre than just dancing to it.’

When Mills rejoins the Orchestra on stage, he will showcase an all-new, never-before-performed set, especially created with composer Thomas Roussel for Melbourne audiences, along with his popular track The Bells.

‘I know some people will disagree with me but if you’re a real music lover, then you really have to be open to any and everything because one would understand that something good can come from any and everywhere.’

On 30 January, both Mills and May will perform individual sets with the Orchestra at the Sidney Myer Music Bowl, conducted and arranged by Dzijan Emin.

See Jeff Mills and Derrick May perform with the MSO