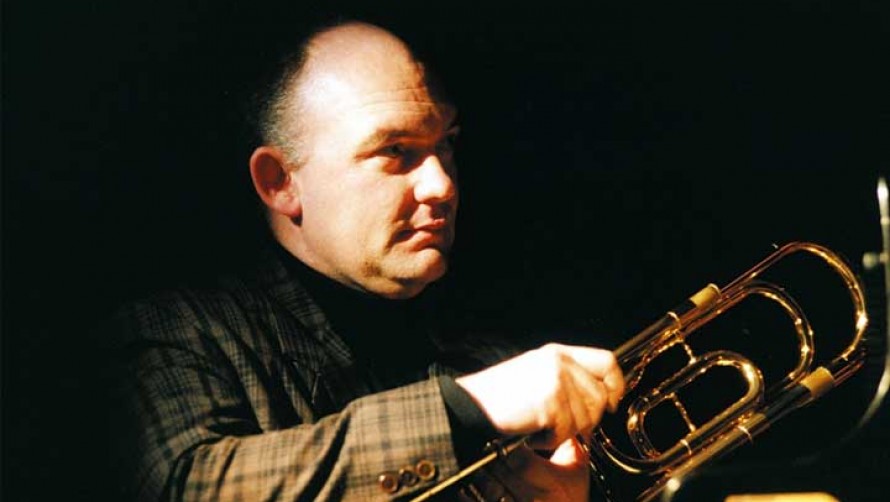 As one of Australia’s favourite performers, James Morrison’s talents as a multi- instrumentalist will be utilised to full effect in Journey Through Jazz where he plays trumpet, trombone, saxophone, piano and keytar (aka ’70s style ‘keyboard guitar’) as well as vocals.

What does an orchestra like the MSO bring to the jazz experience?

Firstly there is no such thing as a ‘jazz band’. Jazz is played by all sorts of groups from big bands to smaller groups. Jazz is a genre, the orchestra is the band, and they don’t have a style until they start playing. What makes the orchestra such a great platform for jazz is that an orchestra is an incredible sound palette. It has so many different textures and colours, it allows me to execute the music on the grandest of scales.

Let’s talk about some of the famous musicians you salute in this concert, starting with Armstrong.What made him so special?

If you looked at a car that was in the 1960 Grand Prix, you might talk about how amazing it was then, but it may not be seem like that now. Louis is like that. A lot of things he did back in the 1920s, no-one had come up with them before him. No-one played the trumpet in a ‘jazz style’ back then. No-one could play as high or bend notes like he did – music was just not like that. Another thing people forget about Armstrong is his amazing longevity. He was one of the biggest pop stars of his day – probably on the same level as someone like Michael Jackson. He was still on top of US chart in the 1960s but this is actually a guy who started his career in the 1920s. At the start of the concert we play Basin Street Blues, a song Armstrong made this famous. It has a special significance for me as it’s the first piece of jazz I learnt on the trumpet. I heard it being played by a local Dixieland jazz band when I was only seven at the time. I worked it out by ear – it’s the way it’s done, it’s a jazz tradition.

He is of course an iconic trumpet player but it was his musicality that he will be most remembered for – he changed what jazz was. In this concert we cover Miles’ Cool Jazz period with the pieces All Blues (from Kind of Blue) and ‘Round Midnight. In the time before Cool Jazz everything was getting hotter. Swing was faster than Dixieland, Big Band was bigger than Swing and Bebop took things to a whole new frenetic level. The Miles came along with the Cool Jazz sound as a reaction to that. Before, he had played Bebop but it wasn’t for him. You have to remember this was a period coming to the 1960s, a period of racial inequality and violence in America. Miles was an African American musician who was successful and he was seen as a hero.

Tell us about meeting your hero, Dizzy Gillespie.

I first met him when I was 16 and playing at the Monterey festival with my school band. The next time I was in my twenties and I played and recorded with him at Montreux. That second time, there were two things going through my head: One: ‘I am finally meeting my idol’ and two: ‘I am playing in a great band and I have to focus on that or I’ll get star struck!’