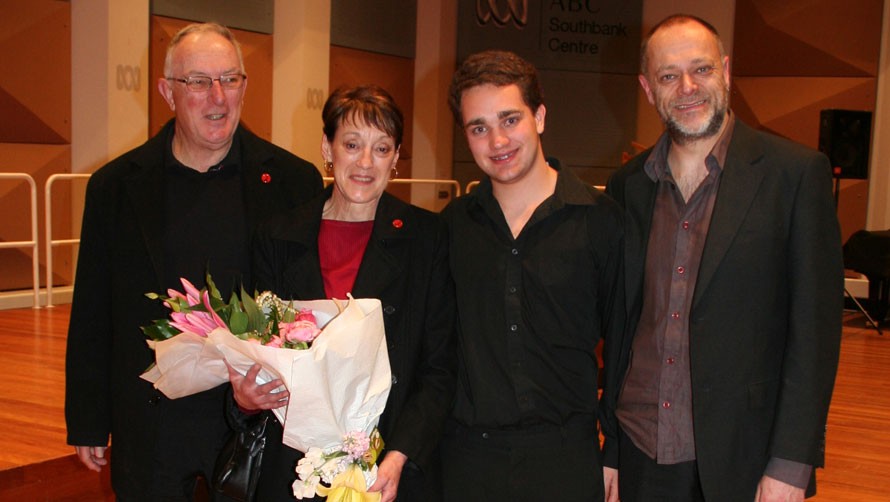 The Melbourne Symphony Orchestra is proud to announce that Mathew Levy is the winner of the 2012 MSO Snare Drum Award.

As winner of the award Levy will receive a one-year mentorship with the MSO, as well as a Mastro concert snare drum and case, a bitsandpieces trap table, a MIT Percussion stand, Evans drumheads and a Just Percussion mallet pack.

First established by MSO percussionist Robert Cossom in 2004, the MSO Snare Drum Award is part of the MSO’s Young Artist Development Program and is designed to encourage the pursuit of excellence in snare drum performance.

Eighteen-year old Levy attended Moriah College in Sydney and was a member of the music program from year three, and subsequently part of the Symphonic Wind Ensemble, the Senior Jazz Band and the Senior Vocal Group. He is now in first year at the Sydney Conservatorium of Music, studying a Bachelor of Performance in percussion.

For the last four and a half years, Levy has been involved in the Sydney Youth Orchestra, which has provided him with great experiences in an orchestral setting. He was also accepted into the AYO’s National Music Camp in 2011, studying under Tom O’Kelly and Robert Cossom. Levy has also attended several Jazz Workshop Australia Jazz camps, studying both vibraphone and drum kit.

In 2010 Mathew convened the Moriah College Music Festival, played drums in the ensemble and composed an original composition for the solo section in which he played the piano.

He toured with the Moriah College Symphonic Wind Ensemble to Israel, France and London in 2007 and travelled with the group again to the USA and Israel in 2011.

An expert panel consisting of Robert Cossom, Alex Timcke, John Arcaro and Huw Humphreys chose the winner on the night from a strong field of four finalists including Rosie Wray Taylor, Samuel Butler and James Townsend. All four finalists performed a set piece, The Clock Talked Loud, which was composed by Robert Cossom. In addition each finalist performed their own prepared work from a range of Australian composers.