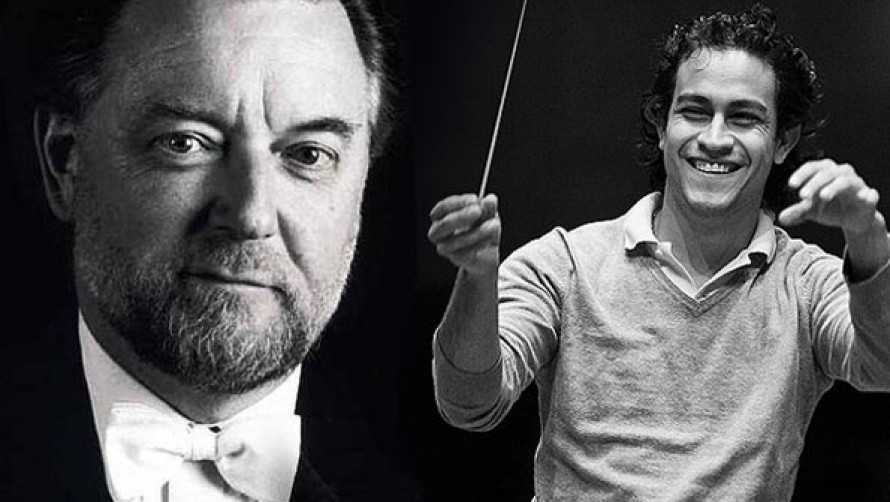 The Melbourne Symphony Orchestra is about to embark on an exciting journey with two inspirational individuals and wants to share this important news with you.

One of the most widely admired global figures in classical music; Sir Andrew Davis will become the Chief Conductor of the Melbourne Symphony Orchestra, while 27-year-old trailblazer Diego Matheuz will join as Principal Guest Conductor. Bboth tenures will commence in January 2013.

Sir Andrew Davis has a long-running relationship with the MSO and his concerts are highly anticipated by the Orchestra and concert-goers alike. He is currently in Melbourne and will conduct Organ Classics at Town Hall this month and Grieg Concerto in August and September.

Sir Andrew has conducted all of the world’s major orchestras as well as at leading opera houses and festivals. He is the Music Director and Principal Conductor of Lyric Opera of Chicago and also Conductor Laureate of both the Toronto Symphony and BBC Symphony orchestras.

For those of you who so passionately support the Melbourne Symphony Orchestra, it will come as no surprise when I express my absolute delight at the opportunity to be back in this beautiful city and to start a new conducting journey with this magnificent orchestra.”

Named by Gramophone magazine as one of the “new conductors on the verge of greatness”, Diego Matheuz joined the MSO for two electrifying concerts at the Sidney Myer Music Bowl this February, thrilling the capacity crowds on both occasions, and will return to conduct for its mid-season Festival in 2013.