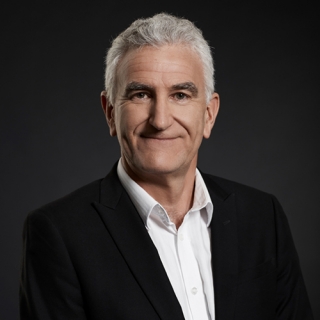 Trevor Jones has been a member of the Melbourne Symphony Orchestra since 1983, first as the Associate Principal Viola and currently as the Assistant Principal Viola. Trevor began violin tuition at the Tasmanian Conservatorium of Music before changing to viola in 1974. After graduating from the Canberra School of Music in 1978, he joined the Adelaide Symphony Orchestra where he stayed until taking his position with the MSO. In 1995 Trevor was the recipient of the MSO Elton John Scholarship, which enabled him to undertake further study at the University of Michigan.

A prominent chamber musician, Trevor was violist with the Petra String Quartet (1981-83) and a founding member of the Australian Chamber Soloists, as well as Principal Viola with the Australia Pro Arte and Academy of Melbourne Chamber Orchestras. In 1987 and 1988 he was invited to perform in chamber concerts at the Melbourne Summer Music Festival with Pinchas Zukerman.

Which musical figures would you invite to your house for dinner? And what would you serve?
Bernstein, Abbado, and Bruno Walter. Salmon terrine, veal scallopine and lemon souffle.

What is your favourite place in the world to “just be”?
The summit of Cradle Mountain.

What attracted you to join an orchestra?
After attending my first orchestral concert I decided that I wanted to spend my life playing in an orchestra.