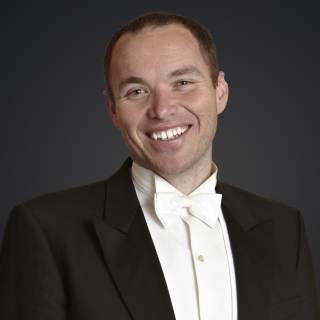 Tim Buzbee has been the Principal Tubist with the Melbourne Symphony Orchestra since 2010. Tim grew up in Queen City, Texas and knows knows he would probably be flipping burgers if not for the help of teachers Ed Jones, Gene Pokorny, and Matt Good. He has performed as guest tubist with many orchestras including the Chicago Symphony, Danish Radio Orchestra, Swedish Radio Orchestra, Dallas Wind Symphony, Malaysia Philharmonic and the Helsingborg Symphony.

If I had not become a musician, I’d be…
a chef, or working on a fishing boat in Alaska!

Which musical figures would you invite to your house for dinner? And what would you serve?
Elvis Presley and we would have Fried peanut butter and banana sandwich, and potato salad, Texas style

What are your favourite sporting teams?
Dallas Cowboys and Essendon Bombers