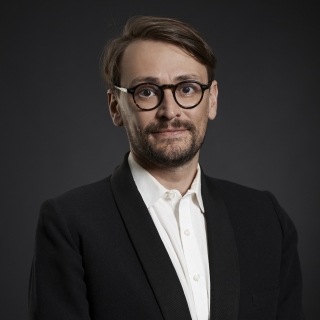 Stephen Newton was born in Sydney in 1982. He began learning the double bass in 1994 from David Potts. In 1999, he commenced studies with Maxime Bibeau and the following year enrolled at the University of New South Wales, where he was the inaugural recipient of the Sony Foundation Scholarship.

In 2004, Stephen completed his Bachelor of Music with honours and was awarded a scholarship to study at the Australian National Academy of Music in Melbourne. In 2006, he returned to Sydney to study with Alex Henery at the Sydney Conservatorium of Music, where he completed a Postgraduate Diploma in music performance. In August that year, he successfully auditioned for his position with the Melbourne Symphony Orchestra. In 2010, he went to study in Austria with Tim Dunin at the University of Music, Graz. This trip was funded by the MSO Friends and a grant from the Ian Potter Foundation.

What have been the highlights of your MSO career to date?
Performing The Rite of Spring at the Théâtre des Champs-Élysées in Paris in 2007 under Oleg Caetani. Also, the concert we gave at the Sydney Opera House in 2012 under Sir Andrew Davis.

What are the best and worst things about touring?
Flying is the worst thing, everything else is fantastic, I love touring.

Who are your musical heroes or influences?
Richard Gill made me the musician I am and inspires me to be the musician I want to become. My bass teachers David Potts, Maxime Bibeau, Alex Henery,Tim Dunin and Tim’s teacher Max Mcbride. Also, my colleagues in the Melbourne Symphony Orchestra, particularly Damien Eckersley and Ben Hanlon. Finally, the great composers; I love so many and they are a constant inspiration.

What music do you listen to in the car?
I don’t drive cars very often. Sometimes I need to drive to Sydney, whenever I do this I like to listen to Mozart operas and I usually start with The Magic Flute.