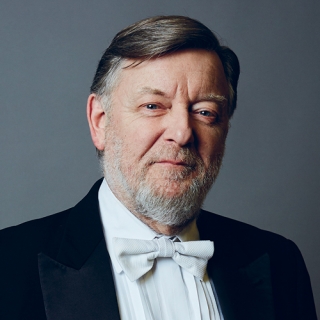 In 2020 Sir Andrew Davis returns to Melbourne as Conductor Laureate of the MSO. The charismatic maestro will complete the Mahler cycle, leading a cast of a thousand in Mahler’s Eighth Symphony. The MSO will also return to Europe in 2020 with Sir Andrew Davis leading performances across the continent. Maestro Davis’ career spans over forty years during which he has been the musical and artistic leader at several of the world’s most distinguished opera and symphonic institution, including the BBC Symphony Orchestra (conductor laureate; chief conductor 1991–2004), Glyndebourne Festival Opera (music director 1988-2000), and the Toronto Symphony Orchestra (conductor laureate; principal conductor 1975-1988), where he has also been named interim artistic director from 2018-2020. He also holds the honorary title of conductor emeritus from the Royal Liverpool Philharmonic Orchestra.

One of today’s most recognized and acclaimed conductors, Sir Andrew has conducted virtually all the world’s major orchestras, opera companies, and festivals. Born in 1944 in Hertfordshire, England, Maestro Davis studied at King’s College, Cambridge, where he was an organ scholar before taking up conducting. His wide-ranging repertoire encompasses the Baroque to contemporary, and spans the symphonic, operatic and choral worlds. A vast and award-winning discography documents Sir Andrew’s artistry, with recent CDs including the works of Berlioz, Elgar, Grainger, Delius, Ives, Holst, Handel (nominated for a 2018 Grammy for Best Choral Performance), and York Bowen (nominated for a 2012 Grammy for Best Orchestral Performance). He currently records exclusively for Chandos Records.

In 1992, Maestro Davis was created a Commander of the British Empire, and in 1999 he was designated a Knight Bachelor in the New Year Honours List. He has an honorary doctorate from Knox College in Galesburg, Illinois.