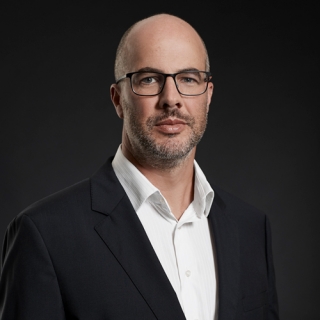 Rohan de Korte has been a member of the Melbourne Symphony Orchestra Cello section since 2009. Rohan chose to play the cello at the age of five because it was bigger than a violin and studied with Henry Wenig and Nelson Cooke before choosing musical studies in Europe over a career in basketball – the Chicago Bulls hadn’t called. Rohan studied in Croatia with Valter Despalj and at the Cologne Hochschule for Music with Claus Kanngiesser, and received chamber music lessons with the Alban Berg Quartett.

Returning to Australia in 2000 Rohan freelanced with the Sydney Symphony before becoming Associate Principal Cello of Orchestra Victoria. He plays a lot of chamber music with friends and has even tried composing; his debut piece, The Haunted House, is extremely popular with younger audiences. Rohan’s cello is a beautiful German instrument from 1720 and his favourite composer is Beethoven, although Mahler’s Ninth Symphony wins as his favourite piece. He has a lovely wife, Caroline, and three very rowdy sons who think that playing the cello is very funny yet interesting, and, after suffering a broken neck, Rohan has vowed never to try surfing again.

The music that changed my life is…
Hearing Rostropovich play when I was about 10 and feeling sad that he wasn’t allowed to go home.

What is your favourite Melbourne Symphony Orchestra memory?
Hearing their concert in Cologne in January 2000.

Which book do you think everyone must read?
The Very Hungry Caterpillar.