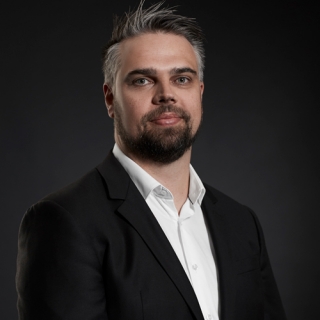 Richard is a New Zealand born trombonist. He grew up in brass bands and spent his formative years in the Westport Municipal Band before joining the New Zealand Army Band straight out of school. After six years with the Army, Richard went to the New Zealand School of Music in Wellington to study Performance Trombone under Dr Rodger Fox and David Bremner’s guidance. After graduation, Richard crossed the ditch to study towards his Masters of Performance at the University of Melbourne under Michael Bertoncello.

Richard joins his partner Abbey in the brass section and offstage they have two young children, Benjamin and Harriet, who keep them on their toes.