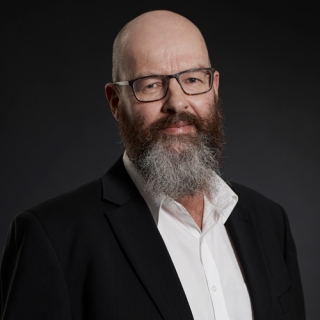 Peter was born in Canberra but spent his formative years in Geelong. His family owned a property nearby and a lot of time was spent helping there, the way country kids so often do. He returned to Canberra in 1981, to study violin with his uncle, Vincent Edwards. He also took lessons from Leonard Dommett, a renowned past concertmaster of the MSO.

Peter graduated with a Bachelor of Arts degree in 1985, having performed as both soloist and concertmaster with the Canberra Youth Orchestra of that year, touring to Vienna to take two first prizes in the International Youth Music Festival. During his degree Peter took additional study under the direction of world renowned Russian violinist, Nelli Shkolnikova.

A year-long sabbatical, taken in the Netherlands in 1992 saw Peter and Jacqui taking lessons from the concertmasters of both the Rotterdam Philharmonic and the Residency Orchestra of The Hague.

In 1996 Jacqui and Peter moved to Melbourne to continue their careers in the Melbourne Symphony, where Peter holds a position as a principal violinist. They are now happily settled near Geelong, enjoying the many pleasures of bringing up two young children.