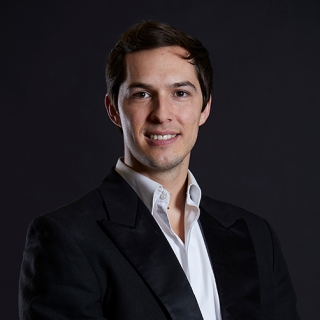 Nico Fleury began his studies of Natural and French horn at the age of eight.

Upon completing his studies in his native country, France – first, in Nantes Conservatoire and later in Rueil Malmaison Conservatoire – he continued his education at the Royal College of Music under guidance of professors Timothy Brown, Timothy Jones and Sue Dent. He graduated in 2009 with distinction and The Tagore Gold Medal.

After having been appointed professor at the Guildhall School of Music and Drama in London in 2017, Nico keeps a strong relationship with this establishment (since moving to Australia) where he regularly gives classes as an international visiting teacher.