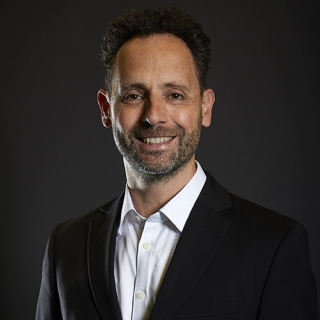 After training in Adelaide and London, Nicholas spent 3 years as Artist-in-Residence at the University of Queensland as part of the ensemble Perihelion, forging a strong reputation as an exponent of contemporary music.

In 1998 he joined the Melbourne Symphony Orchestra (MSO) as Assistant Principal Cello. Since then he has appeared as a soloist, chamber musician and recitalist. He has also taught cello and improvisation at the Australian National Academy of Music (ANAM).

Nicholas has always had a strong commitment to music education and community engagement.

In 2010 Nicholas was awarded the Dame Roma Mitchell Churchill Fellowship to spend 2 months looking in depth at the LSO’s iconic Discovery program and at the use of improvisation in training classical musicians at the Guildhall School of Music.

In 2016, Nicholas’ considerable experience as an orchestral musician and his passion for communication led him to undertake a fellowship at ANAM where he developed, conducted and presented educational concerts for primary school children.

During the fellowship he was mentored by Paul Rissmann, Graham Abbott and the legendary Richard Gill AO.

Since then he has presented educational concerts for children and adults for MSO, ANAM and the Melbourne Chamber Orchestra.

In 2020, he becomes the Cybec Assistant Conductor for Learning and Engagement and will present and conduct the popular MSO Ears Wide Open 3 concert Series at the Melbourne Recital Centre. He is also the conductor of the Melbourne University Biomedical Students’ Orchestra.

In support of his work as an education presenter, Nicholas has been studying conducting with Benjamin Northey and won a coveted place at the TSO’s 2019 Australian Conducting Academy.