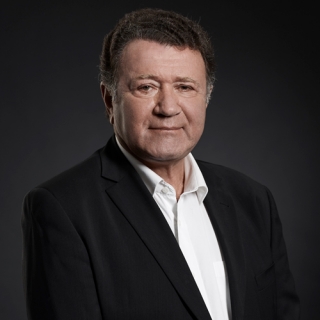 Mark Mogilveski has been a member of the Melbourne Symphony Orchestra’s First Violin section since 1996. Mark was born in Kharkov in the Ukraine and commenced playing the violin at the age of six later studying at the Ukrainian State Conservatorium and the Moscow University of the Arts.

Before moving to Australia he was the concertmaster of the St Petersburg Philharmonic Orchestra in Russia, the Porto Symphony in Portugal and the Moscow Soloists Chamber Orchestra as well as performing as a soloist in St Petersburg, Moscow, Paris, Lisbon, Porto, Genoa, Montpellier, Brasilia and Seoul. As an Associate Professor, Mark taught violin at the Kharkov University of the Arts in the Ukraine, lectured at the St Petersburg Conservatorium and gave masterclasses in the USA, Brazil, Portugal and France.

He has been an active contributor to the international chamber music scene participating in music festivals in France, Spain, Portugal and Australia and has also worked with eminent international figures like Mstislav Rostropovich, Yehudi Menuhin and Yuri Temirkhanov.

The music that changed my life is:
A David Oistrakh performance of the Tchaikovsky Violin Concerto with the Kharkov Philharmonic Orchestra.

Which musical figures would you invite to your house for dinner? And what would you serve?
Modest Mussorgsky. I’d serve him steak and borscht.