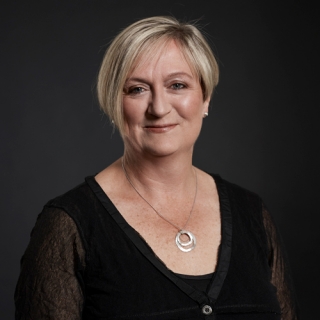 Lorraine joined the MSO in 1986. She studied at the VCA with Nathan Gutman, graduating with Distinction. She continued her studies in London with Professor Emanuel Hurwitz of the Royal Academy of Music after touring Europe with the AYO.

In 1993 Lorraine was awarded the Sir Elton John Scholarship (Sir Elton John is a life Member of the MSO) and studied in Cologne with Professor Franz Josef Maier and in London with David Takeno. Lorraine’s orchestral experience includes the Royal Philharmonic Orchestra, City of London Sinfonia, the London Festival Orchestra, Academy of Melbourne and Australia Pro Arte.

Lorraine is currently on the Board of the MSO as the Staff-Elected Director.