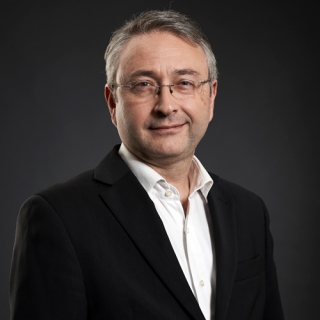 Isin Cakmakcioglu has been a member of the Melbourne Symphony Orchestra since migrating to Australia in 1993.

Isin was born in Germany of Turkish parents, studied at the Istanbul University Conservatorium, Hochschule for Musik in Vienna and at The Royal Academy in London.

Isin was the violinist of Trio Melbourne for seven years and performed extensively, both in Australia and overseas. Their CD of 20th-Century Piano Trios on the Move label received many fine reviews.

Did you ever resent practising?
No. I grew up in a very competitive conservatorium environment in Istanbul so I had to practice very hard. The only aspect of practising I did not like were scales.

What have been the highlights of your MSO career to date?
I cannot forget our Cologne concert in 2000, given as part of the Orchestra’s European tour. I have rarely experienced such a brilliant and clear sound from the MSO.

Who are your musical heroes or influences?
My No. 1 idol was David Oistrakh when I was growing up. Then I was greatly influences by other Russian Violinists.

If you weren’t a musician, what would you be?
We have six architects in one family. I think I would have became someone doing architecture, or graphic design.