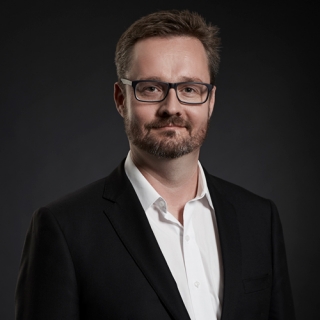 David Thomas has been the Principal Clarinet for the Melbourne Symphony Orchestra since 2000. Growing up in the Dandenong Ranges, David studied at the University of Melbourne with Phillip Miechel and later at the Vienna Conservatorium with Roger Salander. David has played as a member of the West Australian Symphony Orchestra and is an ongoing member of the Australian World Orchestra.

He has appeared as concerto soloist with the Melbourne, West Australian, Sydney, Tasmanian and Darwin Symphony orchestras, in works by Mozart, Copland, Debussy, Francaix and Brett Dean amongst others. Concertos have been written for David by Australian composers Ross Edwards, Phillip Czaplowski and Nicholas Routley, and his CD recording of the Edwards Concerto with the MSO conducted by Arvo Volmer has been released by ABC Classics.

David is actively involved in training the next generation of classical musicians at the Australian National Academy of Music, where he is the principal teacher of clarinet and head of the woodwind department.

The music that changed my life is…
The Ring cycle, for how music can work together with words to reveal our soul; the symphonies of Mahler, as perhaps the ultimate in instrumental imagination and orchestral expressiveness.

Which musical figures would you invite to your house for dinner? And what would you serve?
Mozart and Richard Strauss. Both wrote music of amazing but unpretentious human insight, and Strauss idolized Mozart. I’m not a great conversationalist, but I understand German and would love to witness their meeting. We would eat something hearty but plain, with a good Czech beer.

What is your favourite Melbourne Symphony Orchestra memory?
Our concert at the Mariinsky Theatre, St. Petersburg for the 2007 White Nights Festival