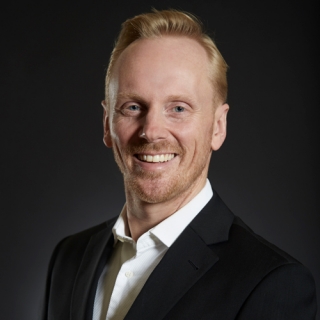 Barltrop has also appeared as Concertmaster of the Australian World Orchestra under Sir Simon Rattle, guest director of the Australian Chamber Orchestra, ACO2 and the Camerata of St John’s chamber orchestra in Brisbane. He has performed at numerous music festivals across North America, including Mainly Mozart, Festival Mozaic, Music in the Vineyards, Yellow Barn, Kneisel Hall, Tanglewood and the New York String Seminar.

Barltrop began his violin studies in Brisbane, made his solo debut with the Queensland Symphony Orchestra at the age of 15 and was Concertmaster of both the Queensland and Australian Youth Orchestras. He moved to the United States in 1998 to attend the University of Maryland and continued his studies at the Cleveland Institute of Music. His teachers have included William Preucil, Gerald Fischbach, the members of the Guarneri Quartet, Elizabeth Morgan and Marcia Cox.

Barltrop performs on a violin crafted by JB Guadagnini, Turin, 1784. It is on loan from the Ukaria Cultural Centre and was purchased through the generosity of Allan J Myers AO, Maria J Myers AO and the Klein Family.