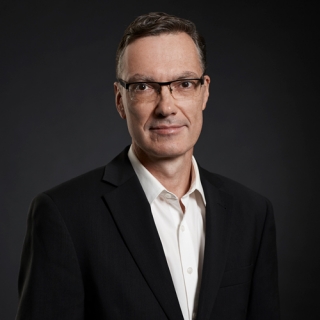 Craig Hill has been a member of the Melbourne Symphony Orchestra’s Clarinet section since 1991. Craig grew up in Wagga Wagga and completed his formative studies with Phillip Miechel at the Victorian College of the Arts where he was a recipient of a German Academic Exchange scholarship that saw him complete further studies with Dieter Kloecker at the Freiburg Musikhochschule in 1991. As a specialist on period clarinets Craig has appeared at festivals throughout Australia, the United States and Denmark in repertoire spanning from Vivaldi to Brahms.

He has regularly performed as guest principal clarinet with the Australian Chamber Orchestra, the Orchestra of the Antipodes and the Australian Brandenburg Orchestra with whom he has frequently appeared as soloist.

In April 2009 he directed a mini-festival of period instrument chamber music, Concertino Copenhagen, which brought together musicians from Australia and Europe for concerts at the newly opened Melbourne Recital Centre.

What is your greatest performance experience so far?
Playing Mozart’s La Clemenza di Tito at the Royal Theatre in Copenhagen in 2004 & 2007. This opera has wonderful obbligato solos for the basset clarinet and bassethorn. Together with the period orchestra Concerto Copenhagen I took part in over two-dozen performances under the direction of Lars Ulrik Mortensen. In the magnificent acoustic of this historical theatre, with excellent singers and inspired direction, the effect of Mozart’s music was sublime. At the end of the opera I was invited to accept the applause of the whole company and audience.

Close 2nd: Schubert Octet at the MRC with Concerto Copenhagen. A group of players on the same wavelength made this often difficult work an effortless experience.

The composer’s music I most enjoy playing in the MSO is…
Beethoven, Strauss, Ravel & Mahler:

Beethoven for the power and respect MSO brings to the music, Strauss because it shows the virtuosity of our players, Ravel for the delicacy of the woodwind section, And Mahler… because of everything!

Where in Victoria do you most like to perform?
Melbourne Recital Centre, Northcote Town Hall, Trinity Chapel.