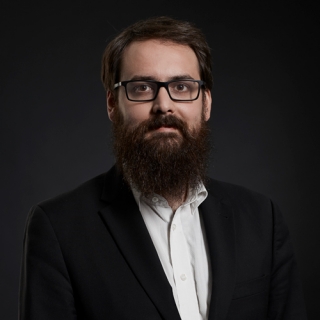 Ben Hanlon has been a member of the MSO’s Double Bass section since 2011. Growing up in Melbourne, as a student Ben was a member of the Melbourne Youth Orchestra, Australian Youth Orchestra and attended the Australian String Seminar. He was awarded a Victorian Premiers award for his VCE music studies and was a finalist in the 2005 James Morrison ‘Generations in Jazz’ scholarship before going on to complete the Applied Performance Program at the Australian National Academy of Music.

His undergraduate studies took him to the Colburn Conservatory of Music in Los Angeles where he completed a Bachelor of Music with David Moore, Paul Ellison, Leigh Mesh and Peter Lloyd. While studying Ben attended the Sarasota Music Festival in Florida, USA and the Pacific Music Festival in Sapporo, Japan and gained orchestral experience with groups including Miami’s New World Symphony.

My earliest musical memory is…
When I got out of my first Bass lesson when I was seven and I carried my Bass across the school oval to my mum’s car and then we spent quite a while trying to get it in, and she was upset because we couldn’t fit it in the car, and that I had carried it on my own across the oval because I could have smashed it.

The music that changed my life is…
In terms of playing, I really didn’t enjoy playing the Bass until I was about 12, and the thing that made me enjoy it was joining the school jazz band and I really started enjoying the instrument

What is your favourite Melbourne Symphony Orchestra memory?
Beethoven Symphony No.9 at the Beethoven Festival in 2011 because I hadn’t played it before