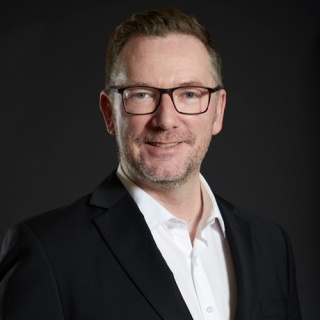 Andrew Macleod has been Principal Piccolo of the Melbourne Symphony Orchestra since 2003. Originally from Brisbane, he holds a Bachelor of Music degree with First Class Honours from The University of Queensland where he studied flute and piccolo with Jeanette Manricks. Andrew also holds a Graduate Diploma of Music from the Queensland Conservatorium of Music as well as a Master of Philosophy degree in music from The University of Queensland. Whilst at university, Andrew was a member of the Queensland Youth Symphony Orchestra and also participated in Australian Youth Orchestra and Australian National Academy of Music programs.

After completing university in Brisbane, Andrew studied in England with renowned teacher Trevor Wye and attended classes with other players including William Bennett and Patricia Morris.

Andrew has appeared as a soloist with the MSO on numerous occasions, and in June 2013 gave the world premiere of Paul Stanhope’s Concerto for Piccolo Flute with the MSO, a work co-commissioned by the Melbourne, Adelaide and Tasmanian Symphony Orchestras. The recording of the performance was released on the MSO LIVE label by the ABC, and in 2014 the album was nominated for an ARIA in the Best Classical Album category.

Andrew enjoys teaching the flute and piccolo and, in addition to having been a past flute tutor at the Australian Youth Orchestra’s National Music Camp, teaches at The University of Melbourne and the Australian National Academy of Music. With James Kortum, Lecturer in Flute at the Sydney Conservatorium of Music, Andrew holds an annual retreat at Macedon, “The Complete Flute,” for talented flute students from around Australia. In his spare time Andrew is also a keen student of yoga and also enjoys developing his culinary skills.

How did you choose your instrument?
I always wanted to play the flute. My first school had a very small concert band and I loved the sounds of the flute in the ensemble.

What is your first performance memory?
Playing in the Rockhampton Eisteddfod at age 10

If you could live in another era what would it be?
Regency England