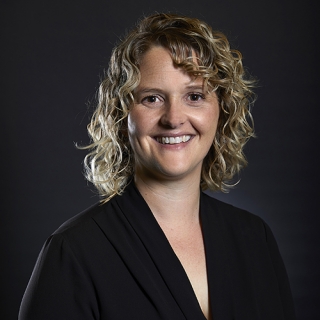 Abbey grew up in Invercargill New Zealand, she started out as a cornet player in the local brass band and later went on to play horn in the National Band of New Zealand. She is also secretly a closet soprano, and completed her bachelor of music with a minor in Performance Voice at Otago University in 2004.

Abbey started playing French horn fairly late in life. After completing her Bachelors degree, she was at a loss with what to do next. A close friend encouraged her to pick up the French horn, something she had wanted to do since a young age, but never had the opportunity, or the courage, to do so!
It certainly wasn’t love at first sight… or sound, the French horn proved to be a fairly treacherous instrument to try to navigate, but with an enormous amount of hard work Abbey completed a post graduate diploma at the New Zealand School of Music in 2007 and hasn’t looked back since.

Playing the French horn has opened the door to a number of amazing opportunities. After completing her studies at the school of music, Abbey went on to work as a freelance musician in New Zealand and in 2010 gained a position in the Southbank Sinfonia, a chamber orchestra of young professionals based in London. She moved from London to Sydney where she enjoyed a busy freelance schedule with the Sydney Symphony Orchestra and the Australian Opera and Ballet Orchestra.

She won her position as tutti horn with the Melbourne Symphony Orchestra in 2014 and now lives in Melbourne with her partner Richard and their beautiful daughter Harriet.