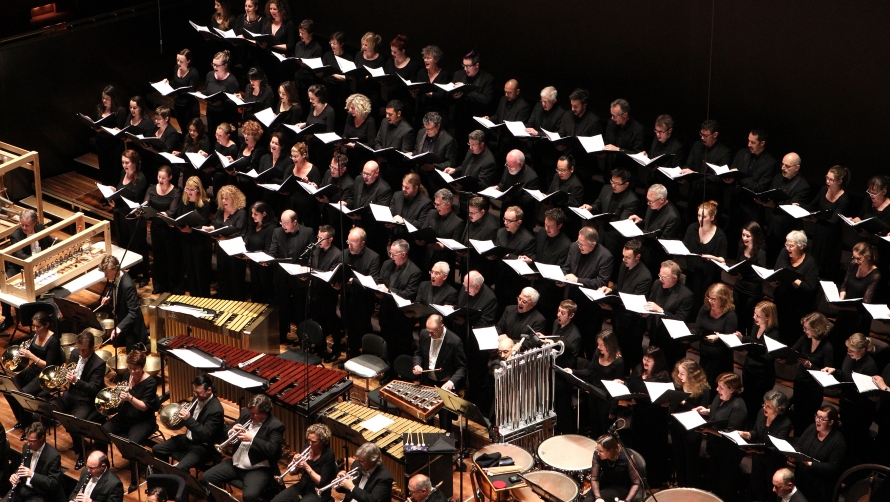 For more than half a century, the Melbourne Symphony Orchestra Chorus has been the unstinting voice of the Orchestra’s choral repertoire, at the same time developing a reputation – under Chorus Master Warren Trevelyan-Jones – as one of Australia’s premier symphony choruses.

Recordings by the MSO Chorus for Chandos and ABC Classics have received critical acclaim. It has performed across Brazil and at the Cultura Inglese Festival in Sao Paolo, in Kuala Lumpur with the Malaysian Philharmonic Orchestra, with The Australian Ballet, Sydney Symphony Orchestra, West Australian Symphony Orchestra, Barbra Streisand, at the Melbourne International Arts Festival, the AFL Grand Final, and the Sydney Olympic Arts Festival. The Chorus also performs each year as part of the official ANZAC Day commemorative ceremonies at the Shrine of Remembrance, continuing its strong association with the Victorian RSL.

The MSO warmly thanks the Estate of Halinka Tarczynska-Fiddian

The MSO Chorus is proudly supported by the Estate of Halinka Tarczynska-Fiddian. Mrs Tarczynska-Fiddian was a renowned opera singer, concert pianist and singing teacher who inspired many thousands of people during her illustrious career.

In recognition of the impressive life of Mrs Tarczynska-Fiddian and her extraordinary contribution to music in Melbourne, the MSO is delighted to honour her legacy through the MSO Chorus.