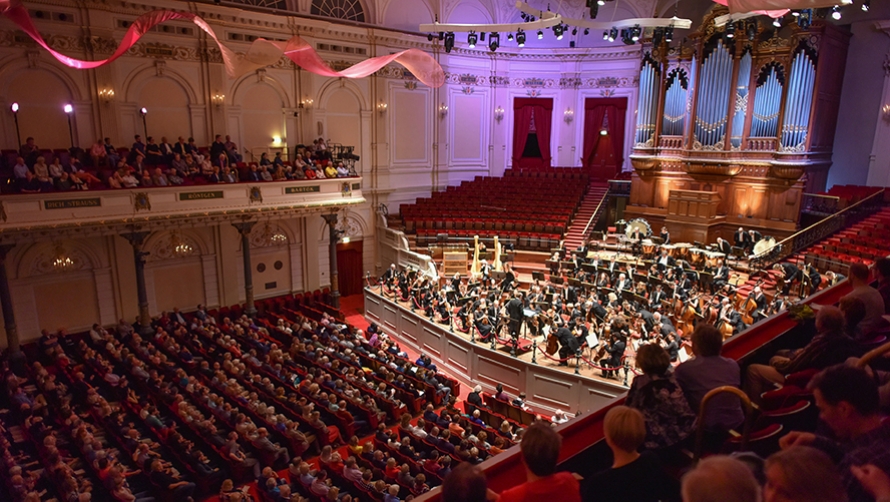 In 2014 on the appointment of Sir Andrew Davis as Chief Conductor, the MSO debuted at some of the world’s most esteemed classical music festivals and venues with performances at the BBC Proms, London; Royal Concertgebouw, Amsterdam; Edinburgh International Festival, Scotland; Mecklenburg-Vorpommern Festival, Germany; and the Tivoli Festival, Denmark. Accompanied by a significant VIP touring party, the invitation to perform at these events alongside the world’s most prestigious international orchestras and artists was an immense – and rare – honour.

Celebrating 100 years of the MSO, in 2007, we conducted a special Centenary Year Tour to Spain (Castellón, Barcelona, Zaragoza, Pamplona, Madrid), Paris, Berlin and Milan. This tour was a strategic success, both artistically and also in raising the profile of the orchestra locally and internationally. A highlight of the tour was the opportunity to perform Stravinsky’s Rite of Spring in the same Paris theatre (Théâtre des Champs-Élysées) in which it first premiered in 1913.

In 2000, the MSO represented Australia at the prestigious Festival de Música de Canarias in the Canary Islands alongside many great orchestras including the Berlin Philharmonic and New York Philharmonic. These festival performances were followed by a highly successful tour of Switzerland (Zurich, Geneva, Bern, Montreux, Visp, Basel), Germany (Stuttgart, Nurnberg, Munich, Frankfurt, Cologne, Düsseldorf), and Austria (Linz and Salzburg) – the MSO’s first European tour which cemented the MSO’s international profile.